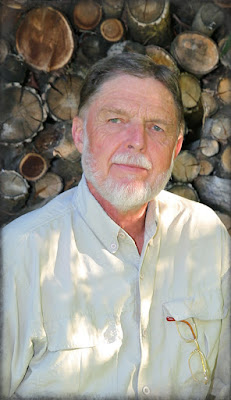 Roaming the canyons and fields around the small, central Utah town where he grew up gave Jim Morgan an appreciation of nature’s wonders. He learned to see not only the larger vista, but also the resident wildlife and intimate aspects of the area. He now lives in northern Utah, where inspiration is just out the back door.

“The most important aspect of being an artist is being a keen observer. Nature’s ever changing moods are a wellspring of inspiration. My goals for my work are to enjoy the process of painting and seeing, to engage emotional participation from people who view the painting, and to share the often overlooked, intimate aspects of nature. I seek to achieve a balance between the subject and its environment. The excitement for me is constantly exploring new ways to interpret nature. I am convinced that no one can improve on natural compositions, when they can be isolated. Rhythms too, can be magical if you can isolate them and that gets easier with experience. It comes from trusting your own vision. It is the way you look at things and see something lyrical or harmonious. This harmony is further aided by the play of light, shadow and subtle color changes. I am intrigued by the patterns and shapes found in nature and concentrate on the effects of light on these elements and the resulting array of colors in nature’s ever-changing moods”.

Jim Morgan is the featured artist at the Steamboat Art Museum’s retrospective exhibition “Moments In The Wild” December 7, 2018 – April 13, 2019. Jim will have over 70 select paintings spanning his 40 year career included in this event.

Playing with light, brushstrokes, and texture in the style of an impressionist, Jim Morgan constantly searches for different ways to express the beauty he sees in nature. He seeks to attain only a few relatively simple goals in his art. He wants to enjoy the process of painting, while generating emotional participation from those who view his work. And, he tries to bring an awareness to others of the often-overlooked and intimate aspects of nature.


COLLECTIONS
Many private and public collections including: